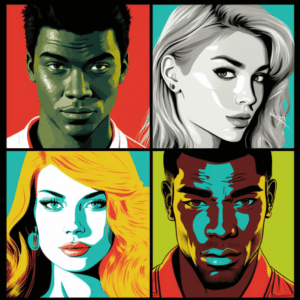 Recently, Meta announced the launch of its Variance Reduction System (VRS), which aims to distribute ads equitably using census data and machine learning. The technology was developed in partnership with the US Department of Justice and represents the first time the court has directly overseen Meta’s ad targeting and delivery, according to a DOJ statement.

How VRS works: The system, called Bayesian Improved Surname Geocoding (BISG), uses census and ZIP code data to estimate race and ethnicity. The VRS then uses this information, in combination with machine learning, to distribute ads based on estimated audience demographics. It will initially be used for housing ads and will eventually be used for credit and employment ads.

VRS origin: The system was created as a result of a settlement with the US Department of Housing and Urban Development following allegations of ad bias.

Background: In 2016, ProPublica investigation found that Facebook advertisers could exclude users by race and “ethnic affinities,” which allowed for discriminatory ad practices in housing advertisements. The “ethnic affinity” field was added for “multicultural advertising,” but it could be used in a prejudicial way. In 2019, Facebook removed the affinity field for ads related to housing, employment, and credit. The change was made as a result of settlement agreements with civil rights organizations and input from civil rights experts.

DOJ collaboration: The settlement requiring collaboration with the DOJ is not only a legal requirement, but it is also in Meta’s best interest to maintain a positive relationship with US courts. The company recently received a $414 million fine from EU regulators for General Data Protection Regulation violations. This ruling could lead to users having the option to decline sharing data with advertisers, which could have a significant impact on Meta’s revenue, as advertising is the company’s main source of income. The company is forecasted to see over $120 billion in global ad revenues this year, an 8.2% increase from 2022, when Meta experienced its first-ever ad revenue decline of 2.0%.

Meta is facing privacy challenges in the US following the impact of Apple’s AppTrackingTransparency and competition from TikTok.

DOJ oversight implications: The oversight from the DOJ has broader implications for the tech industry. The assistant attorney general of the DOJ’s civil rights division, Kristen Clarke, stated that the federal monitoring of Meta sends a strong signal to other tech companies that they will be held accountable for failing to address algorithmic discrimination that violates civil rights laws.

Meta stated that it is incorporating civil rights and responsible AI principles into its product development process to advance its algorithmic fairness efforts while protecting privacy. However, it took an investigation, a settlement, and several years for Meta to introduce VRS. As algorithms continue to shape how people consume content, both US and EU institutions will be looking to regulate potential biases in algorithms.

Ready to get started?

DISCLAIMER: The sales figures stated on this landing page are our personal sales figures and in some cases the sales figures of previous or existing clients. Please understand these results are not typical. We’re not implying you’ll duplicate them (or do anything for that matter). The average person who buys “how to” information gets little to no results. We’re using these references for example purposes only. Your results will vary and depend on many factors including but not limited to your background, experience, and work ethic. All business entails risk as well as massive and consistent effort and action.