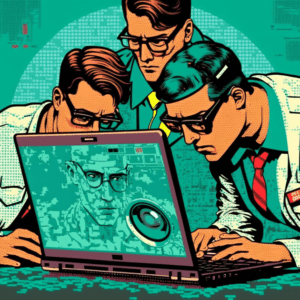 TikTok had an explosive year in terms of growth in 2022, with the platform’s advertising revenues growing by a gaudy 139%.  To put that into perspective, LInkedIn was second place in growth with a number hovering just above 19%.  All of that enormous growth, it seems, comes with some detractors.

TikTok got hammered throughout the year with a slew of concerns about its ties to China, use of personal data, and even its impact on teenagers. There were even several pieces of legislation introduced that would ban the app entirely, and some College campuses have in fact instituted bans on TikTik in the past year.

In order to curry favor with regulators and perhaps get a leg up in the discussion around privacy and data, it seems TikTok may do the unthinkable – it may lift the veil on its recommendations algorithm.

The Wall Street Journal reported Tuesday that, as part of the overhaul of its US business, TikTok has promised regulators some degree of oversight over its algorithm.  Things seem to have been trending in this direction for some time, with promises to allow researchers under the hood to have a peek at its use of privacy data coming earlier in the year.

Keep an eye out for the downchannel implications of such a move.  If TikTok allows regulators to have recommendations oversight, it could lead them to demand the same from Google, Facebook, LinkedIn, and any other platforms with proprietary algorithms. This would precipitate a momentous shift in the dialogue around social responsibility and digital advertising, and would likely result in some sweeping changes.

This news about TikTok is coming on the heels of other big developments on the privacy front, including Meta being hit with a massive fine from the EU over GDPR violations. It seems, in order to gain compliance in the EU, that Meta may have to implement an ATT-style (iOS 14) opt-out system that allows users to choose not to be targeted for ads.

One thing is for certain.  2023 is shaping up to be the year of government intervention on social ads algorithms. It remains to be seen how this will change the industry at large, but you can expect at a bare minimum to see targeting options greatly restricted in the near future as the President and Congress become increasingly in favor of a privacy bill of rights, and cases finally land before the Supreme Court on expanding Section 230 of the Communications Decency Act.

There’s never a dull moment in the ads industry.

Ready to get started?

DISCLAIMER: The sales figures stated on this landing page are our personal sales figures and in some cases the sales figures of previous or existing clients. Please understand these results are not typical. We’re not implying you’ll duplicate them (or do anything for that matter). The average person who buys “how to” information gets little to no results. We’re using these references for example purposes only. Your results will vary and depend on many factors including but not limited to your background, experience, and work ethic. All business entails risk as well as massive and consistent effort and action.